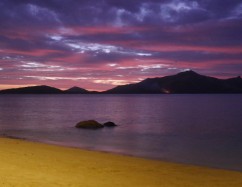 Fiji is known for its amazing pristine beaches, the various marine life forms and spectacular reefs. It is an island country in Melanesia in the South Pacific Ocean about 1,100 nautical miles (2,000 kilometers) northeast of New Zealand’s North Island. This island is officially known as the Republic of Fiji.

This is basically a part of a chain of islands, which is comprised of more than 332 islands, of which a mere 110 are only inhabited. The two major islands, Viti Levu and Vanua Levu which accounts for the majority of the population. The capital Suva, is on Viti Levu. It is also the largest city.

The island is renowned as the ultimate tourist destination because of its breathtaking beauty. It is a pivot for free-spirited adventurers, jet-setting entrepreneurs as well as newlywed lovebirds. The climate in Fiji is tropical marine hence it is warm all the year round. Hence, it is a tropical paradise and one of the most visited places on earth! The warm season is from November to April. Rainfall is minimal, but cyclones occur about once a year. Fiji is known as the “Soft Coral Capital of the World” and is also home to the “Great Astrolabe Reef’. Fiji offers a unique diving experience since it has over 1000 varieties of marine life forms and fishes. With over 4000 square miles of coral reef, Fiji Islands offer breathtaking views.

Not only are the reef dives, but the reef passages are another natural splendor where divers can experience the once-in-a-lifetime opportunity to swim with dangerous sharks such as the Gray Reef sharks. This is a must on the to-do list of any tourist. The amazing adrenaline rush that one gets from, what is known as the ‘Best shark dive in the world’ is acknowledged by many. Trainers even feed the sharks and allow tourists to experience that. It is perfectly safe and amazing at the same time, a rare combination. The biggest sources of international visitors by country are Australia, New Zealand and the European countries. Fiji has a significant number of reefs where snorkeling, diving and is a common tourist activity.

In general Fiji is a reasonably priced holiday destination as well as a 5 start luxury tourist spot. The tourism opportunities are further increased by opening resorts that cater to all classes of society in even the remotest parts or islands of the Republic. Official statistics tell us; majority of the economy is attributed for Fiji’s branding as a one of the most popular tourist spots. 2/3rdof visitors stated that they came for a holiday/vacation. Honeymoons in Fiji are the latest trend due to the amazing romantic atmosphere and serenity of the neighboring islands. Fiji has several popular tourist destinations. A big attraction is scuba diving on the outer islands. There’s a reason so many newlyweds fly to the Fiji Islands to celebrate the culmination of their marriage. With sparkling white beaches, lush rainforests and myriad getaway spots, this is one of the most romantic places on earth. As a popular wedding destination, Fiji has an abundance of grandiose venues. The beachside ceremonies are again one of Fiji’s main attractions.