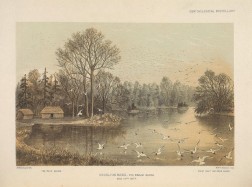 Fiji is an archipelago of 332 islands located in the Pacific. The country has myriad islets scattered over the Pacific, with 87% of its citizens permanently inhabiting 110 of the bigger islands. Because of vibrant forestry and natural resource industries, Fiji has one of the standout economies in the region. However, it has not always been this way.

Information on the pre-history period of Fiji is scanty. Historians believe that the Lapita people or the descendants of the Polynesians were the first groups of people to settle in Fiji, an assertion that always sparks controversy due to the limited amount of evidence that exists. Archaeological evidence found in different parts of the archipelago helped to construct the current belief. The Fiji themselves believe that a great chief, Lutunasobasoba, a man of immense power, led them across the seas, conquering enemies along the way until he found the new land of Fiji. Cannibalism was a common practice in Fiji, but the arrival of the Europeans starting in the 17th century ended this practice.

Fiji had two distinct cultural influences. The original inhabitants had a unique way of life for centuries. However, the arrival of foreign immigrants changed that, inculcating their cultural practices into the Fijians’ way of life. The Yavusa was the most important social unit in the Fiji society. Members of a Yavusa were direct descendants of a powerful ancestor.

The prehistoric people of Fiji made beautiful pottery and ceramic ware. Archaeological evidence has traced exquisitely designed pieces of art made from clay, with intricate patterns and delicate embroidery.

Ancient Fijians were great builders of sea vessels. Using the wood found in the abundantly forested areas of the archipelago, they built sea-going vessels for fun. Some Fijian vessels could remain stable for years.

The people of Fiji were very talented artisans, using plant parts to make clubs and barkcloth. Barkcloth was especially a crucial item of clothing in the community, and Fijians bartered it for other goods on market days. The club was a sign of masculine power made for leaders and other dignified people by skilled artisans.

The marriage structure was polygamous. A man could marry as many wives as he deemed fit. However, the society expected a man to be able to take care of as well as control his family. No limits to the amount of wives or children a man could have existed.

The Fijians maintained a good relationship with their neighbors. For example, Fiji states could procure the professional services of Tonga mercenaries during feuds. At one time, the daughter of Tui Tonga, the leader of a Tonga chiefdom, received the offer of Tui Lakeba, a Fiji chief, from the people of Fiji. This offer was because the Fiji considered her ‘sacred’ and as such, could only marry into a ‘sacred bloodline’.

The Fijians believed in ancient gods and offered them food and drink during rituals to placate them. During major ceremonies, warriors presented the bodies of slain war victims to the gods. Believing that the gods were happy, chiefs would then distribute these bodies to families for cooking and feasting. Ceremonies like birth, initiation and installation of rulers would always involve human sacrifice.

Priests were an important link between gods and the people. When people wanted favors, they gave gifts to gods through the priests. However, these gifts were no guarantee that the deity would act in favor of those who offered said gifts.

Ancient Fiji chiefs were all powerful. Their power was absolute, and their subjects could not question them. They ruled supreme over the people, made laws and supervised the use of natural resources.

Raids between feuding factions of the society were an ordinary occurrence. The kidnapping of women and children was a statement of might and intent by the winners of the raids. During raids, the victors also captured land, food and livestock and believed these to be their rightful spoils as victors of wars.

The family was an important political unit in the society. In fact, heads of rich and powerful families could seize control over political states and establish trannies. Since heads of states were relatives, feuding and treason was a frequent occurrence. The friends of yesterday would become the fierce rivals of tomorrow.

Marriages were integral to the political stability of states. Sons of the mighty in society married daughters of the powerful in order to consolidate political power. Citizens sometimes gave their leaders their daughters to marry as gifts and a sign of loyalty. Major political feats came to fruition through these kinds of marriages. However, since the states were unstable, relations between powerful in-laws would deteriorate over time, hence every time a state fell, families went down too.

Succession in power was patriarchal. When a leader died, his oldest son took over. In the case of the death of the son, the second brother would take over. This succession routine would continue up to the last son, after which the position reverted to the oldest son of the oldest brother.

3. The Economy in Ancient Fiji

Ancient Fijians were reputable artisans. They made ceramics, rafts, and boats. People from distant lands sailed to ancient Fiji to trade. They included the Tonga, Samoans, people from the Wallis Island, and the people of Futuna and Rotuma. During these interactions, the parties exchanged ideas. For example, the famous Fiji canoe model borrows heavily from ancient Micronesian styles. In exchange for foodstuffs and firearms, Tongans obtained sandalwood, famous for its spicy scent, and canoes.

Since the Fijians inhabited the vibrant waters of the Caribbean, fish was of significant economic value. Traders went fishing every day, spending over eight hours out in the sea, looking for an impressive catch. The society had abundant fishing points and, for this reason, feuds over fishing areas were rare. In fact, even the Tongans could come and go, as they liked fishing in these waters at will.

Ancient Fiji was a land fraught with wonders in both extremes. Ancient Fijians were great warriors and formidable artisans. Their culture and traditions were distinct and interesting. The Fiji Society came across as an entity steeped in myth and superstition. There was an explanation for every act, gods were holy and taboos mattered. Centuries later, the pre-history period of Fiji has made it one of the finest places to visit and explore.